An overrding feeling of worry by young people making decisions

Exam season is somewhat over, summer holidays are within reaching distance and many young people will now be thinking “what next”. In line with the renewed focused on careers guidance and education, we spent last week with pupils in year 10 and above in three schools in The London Borough of Hounslow.

From workshops to speed networking and careers fairs the modes of delivery varied but we seemed to fall back to the same topic no matter the approach, the gender or the school: Worry.

Across the borough, 70% of the students we engaged and interacted are worried about their post 16 decisions.  The worry stemmed back to a handful of factors:

Worry what other people would think

For many students, this largely related to their parents and wider families, which reminded us of our blog as to whether subjects have brand power, and if teachers and parents can often be influenced by that brand value when advising and guiding students. We also looked into the perceptions held by older generations from the anecdotal stories students shared with us. Research commissioned in Surrey Heath suggests 90% students will turn to their parents for post classroom advice. This research and the stories shared by pupils reinforces our plan to launch a Parents event in Autumn 2019 in conjunction with community projects in Surrey Heath- more details to follow.

Worry that they will make the wrong decision

65% of students admitted they worry about making the wrong decision. Students we spoke with perceive that the decisions they make now, must be aligned to the plan it is assumed they have plotted out for the rest of their lives.

It is in my opinion, students can not make the ‘wrong decision’. The premise that decisions will dictate the rest of their lives and there is no way to change or rectify them, is arbitrary . Many working professionals will either recognise in themselves or their network, those who have changed careers, dropped out of university, resigned from what they thought would be their dream job, immigrated… there are so many changes to mention. For many 16 year olds making decisions on higher education and beyond, is the first time they have had to make a decision of such gravitas – let’s not imply that they have to stick exactly by it for the next 60 years!

Whatever decision students make on their next steps can only be as informed as the options they have been made aware of. This can be subjects they like and are good at, this can be avoiding those they don’t excel in or don’t intrigue them as much as others. Students need not be afraid that their interests may evolve or change in time. They must be kind to their future selves but mustn’t be restricted on what future them may or may not like.

Student’s mustn’t be governed by worry on what happens if they change their mind in the future, but they must learn from every opportunity that presents itself. We advise they must take transferable skills with them on every challenge. As long as they learn, grow and develop from their decisions we stand by they can not and will not make the wrong decision.

Worry that they will fail

Failure is such a subjective term, just as success is. What one defines as failure others do not and we must be aware and open about this with young people. This was never more apparent to me then when listening to an Olympic athlete describe their season as a failure because they came second in the world rankings and not first. A story that rightfully so causes surprise amongst our student audiences.

The podcast, reflection on what i used to define as my greatest fear (failure) and time with students last week led me to consider the difference between perceived failing and being a failure. Two states that in hindsight I was not able to distinguish between.

As with many of our musings, we don’t have all the answers but found that asking students “what’s the worst that can happen” helped many to realise that failing is something they have initially identified in binary terms from academic assessments and wrongly extrapolated into day to day life – they were unable to truly define it and therefore were able to stop fearing it. Having these group conversations did seem to alleviate the worry of failing, recognising that to fail and succeed means very different things at different times in one’s’ life is probably not just a lesson for young people!

Financial freedom is a concept that featured in every single session we conducted last week. There is no right or wrong answer here – except that money isn’t the only outcome of working. Spending time discussing job satisfaction, engagement and the ability to make an impact helped to broaden the horizons of the students we spoke with. Throughout the sessions, but most glaringly obvious during this topic was the lack of awareness and insight that young people have into different job roles, complete with exposure to individuals in those roles. Over 80% students commented that they would benefit from connecting with young professionals in roles and industries they could be interested in. The offering of our HireHelpers scheme, helps to increase the students’ networks as well building transferable skills and CV wealth for those young professionals who can take the time to give back.

Ultimately, our message to students last week was to be true to themselves, to trust themselves on the informed decisions they make, that changing their mind is not failure and that financial freedom, whilst important is not the sole factor that will determine their future happiness in the workplace.

If you think you could share some wise words with the students in our network, whether it be an insight to your pathway, your career or decisions you made at their age then please do look into our HireHelper programme. Of course, don’t forget to join the conversation on our social networks! 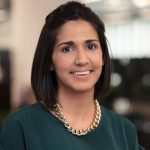 I'm the founder here at HireHigher, with the mission to ensure students can make informed choices on their options after education.

Find HireHigher across all social media, and help #StartTheRevolution today!